Marty Smith is one of ESPN’s most popular and recognized reporters and hosts who currently covers a variety of sports including college football, basketball, both the NFL and NBA, NASCAR and others. Smith’s features and reporting are often seen on ESPN platforms including SportsCenter and ESPN.com. Smith, who joined ESPN in 2006, launched his own show Marty Smith’s America in August 2017 on ESPN2.

From 2007-2014, Smith was ESPN’s lead NASCAR reporter for both SportsCenter and the former NASCAR Now program. In addition to reporting for SportsCenter and writing news and features for ESPN.com, Smith also contributed to ESPN’s NASCAR event television coverage, which ended at the conclusion of the 2014 season, with numerous unique features and extensive, in-depth and revealing interviews with nearly every top driver in the sport.

Prior to joining ESPN, Smith was a senior writer for NASCAR.com, an analyst and host on the former SPEED Channel and a NASCAR analyst on Fox Sports Net. A Radford University graduate, Smith covered sports for daily newspapers in Roanoke and Lynchburg, Va., before joining NASCAR.com. 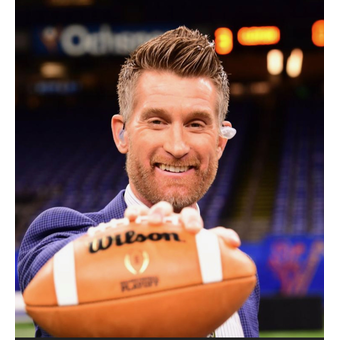